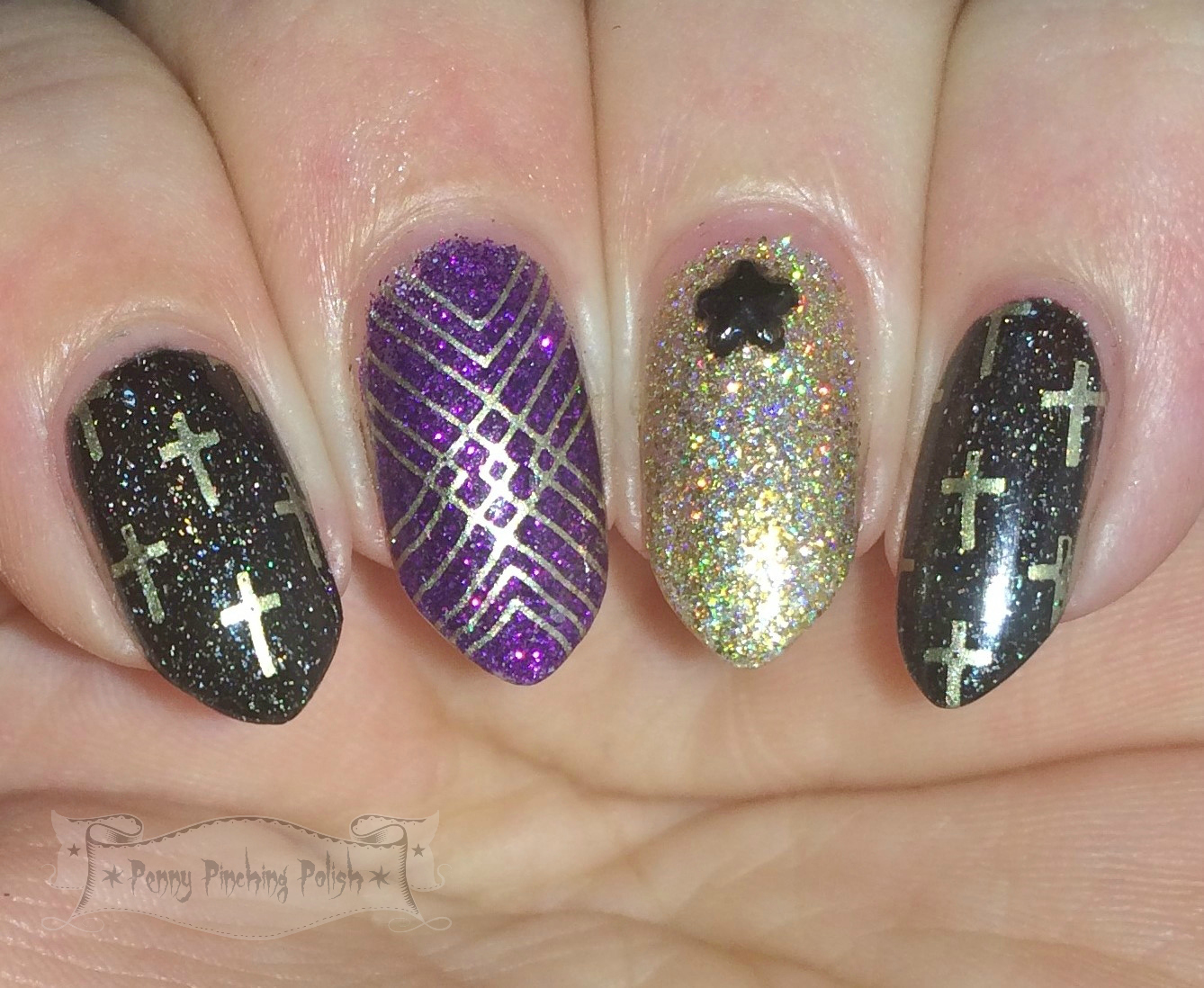 Hiya lovelies!  So, can you believe we're on the very last letter of the alphabet now!?  I can't believe I've been doing this challenge for practically half a year, it really doesn't feel like it's been that long.  If, like me, you're sad that this challenge is over, don't fret, as we will be starting A2Z next week.  Yup, we're doing the whole alphabet AGAIN! :D  It's going to be a little different this time though - if the last one was the A-Z of Polish, then this one is more like the A-Z of mani's.  Each letter of the alphabet is assigned a word, and our job will be to interpret that word in any way we see fit.  We also have a few new ladies joining us, so expect a post from me to introduce the new A2Z, and everyone involved in it :D 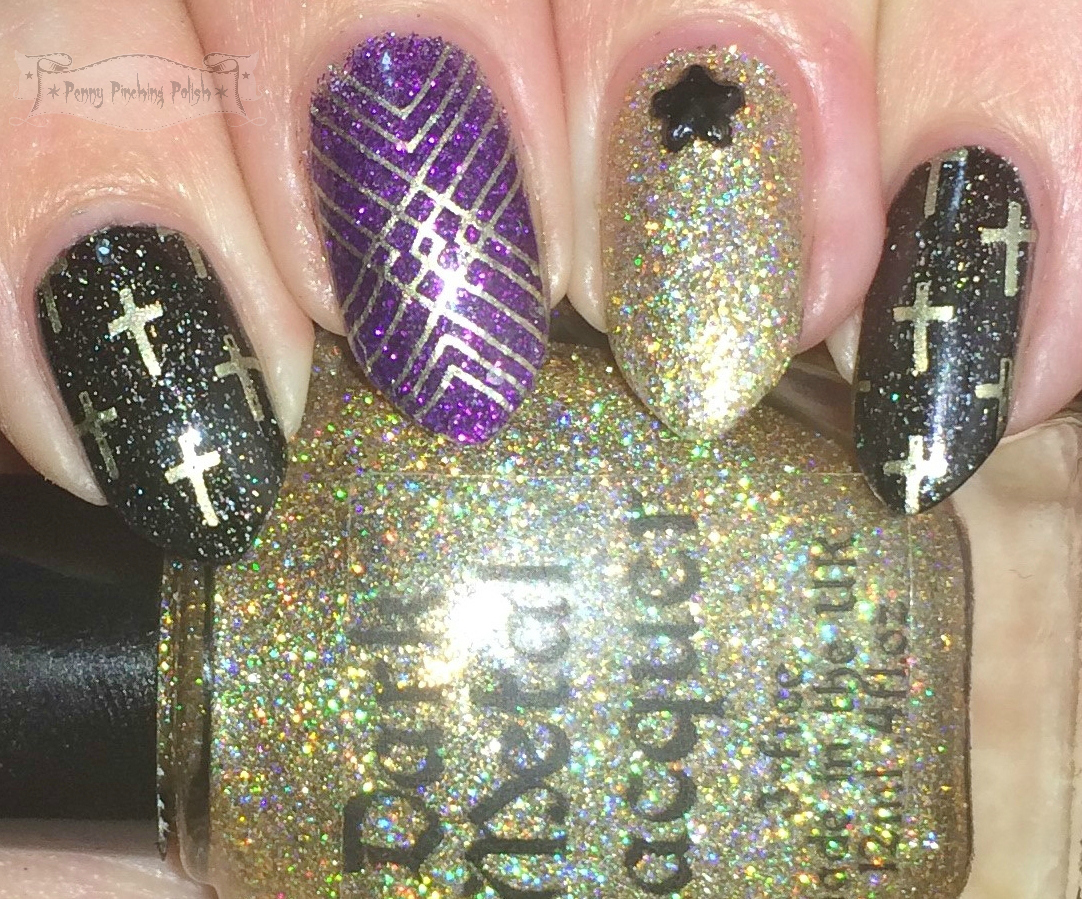 But, back to this week.  As I mentioned, we're up to Z, which is one of the letters we were all a little worried about.  I don't have any polishes that actually start with Z, so I picked a brand instead, and chose Zoya.  As you may have already noticed, I had a bit of a brain fart when I took my pictures, and picked up the bottle for a non-Zoya that I also used in this mani.  Duh!
Nonetheless, I used Zoya - Storm on my index and pinky fingers, then stamped them with Barry M Gold Foil and some crosses from MoYou Hipster 07.  On my middle finger and thumb, I wore Zoya - Carter, with top coat so I had a nice smooth surface to stamp on.  I stamped them with Barry M Gold Foil and a geometric image from the same MoYou Hipster plate.  The ring finger is Dark Metal Lacquer - Flashy Sparklies, with a black star shaped rhinestone placed near the cuticle. 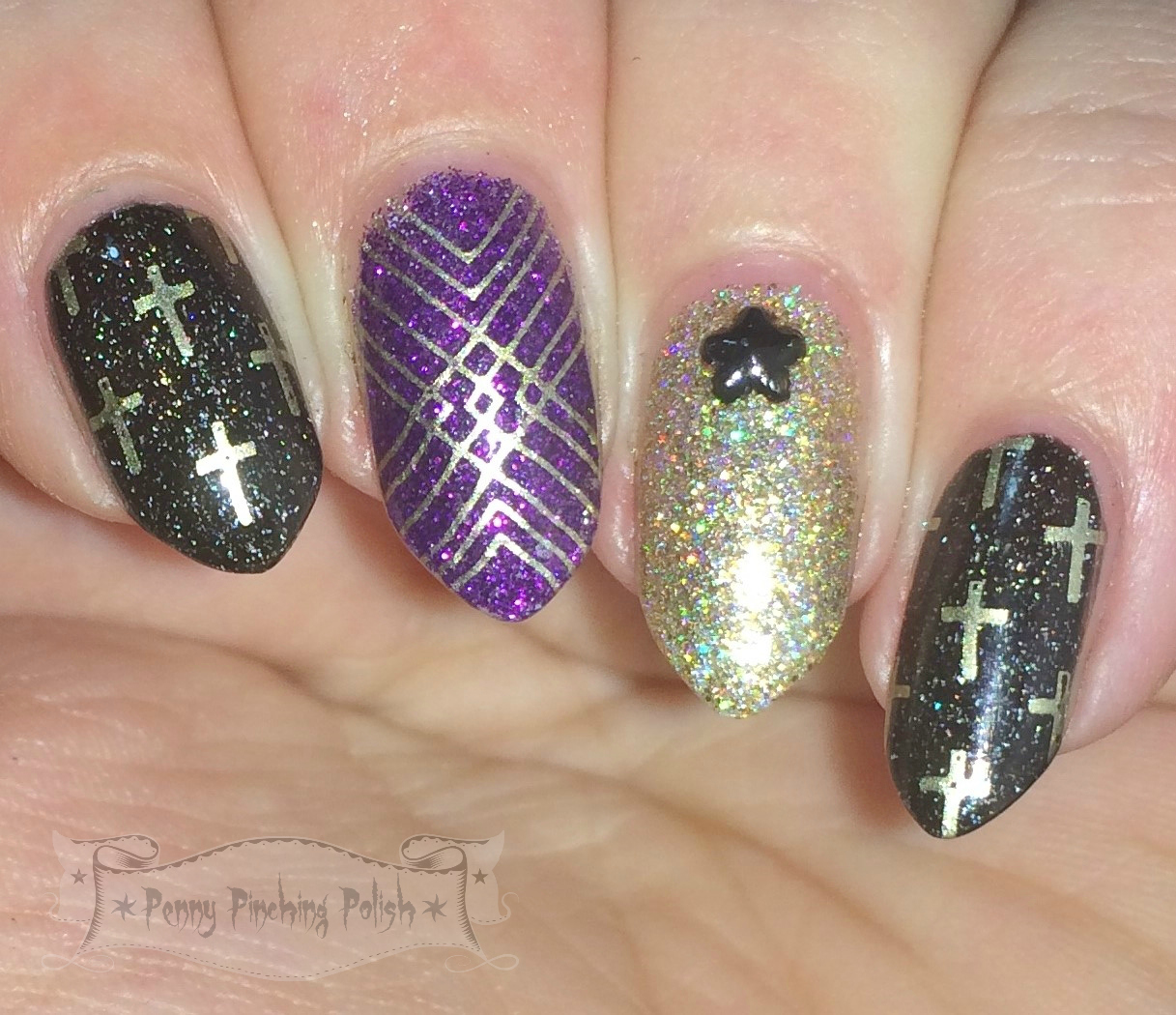 I really loved this skittlette; these are 3 of my favourite polishes, and also a colour combination I'm very fond of.  And while I definitely wouldn't consider myself a hipster, I feel like this mani is still very "me" - stamping images included. I was thinking afterwards that maybe I should have stamped the crosses upside down, but it was a little late by then.  Ah well!

I'd love to hear what you guys think of today's mani.  Is it something you would wear?

So, that's all from me today.  I'll be back tomorrow with my mani for this weeks 52 week pick 'n' mix challenge, and again over the weekend with a round up post for the A-Z series, as well as the second part to the MoYou Nails review I posted a little over a week ago.  See you then lovelies!

Email ThisBlogThis!Share to TwitterShare to FacebookShare to Pinterest
Posted by Unknown

I would love to hear what you guys think! There's no captchas, and you don't need an account to comment!
All comments are moderated by me, so I will always try to respond as soon as possible : ) 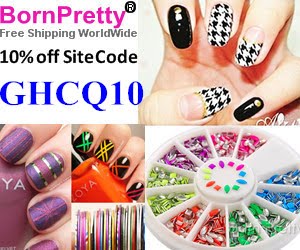